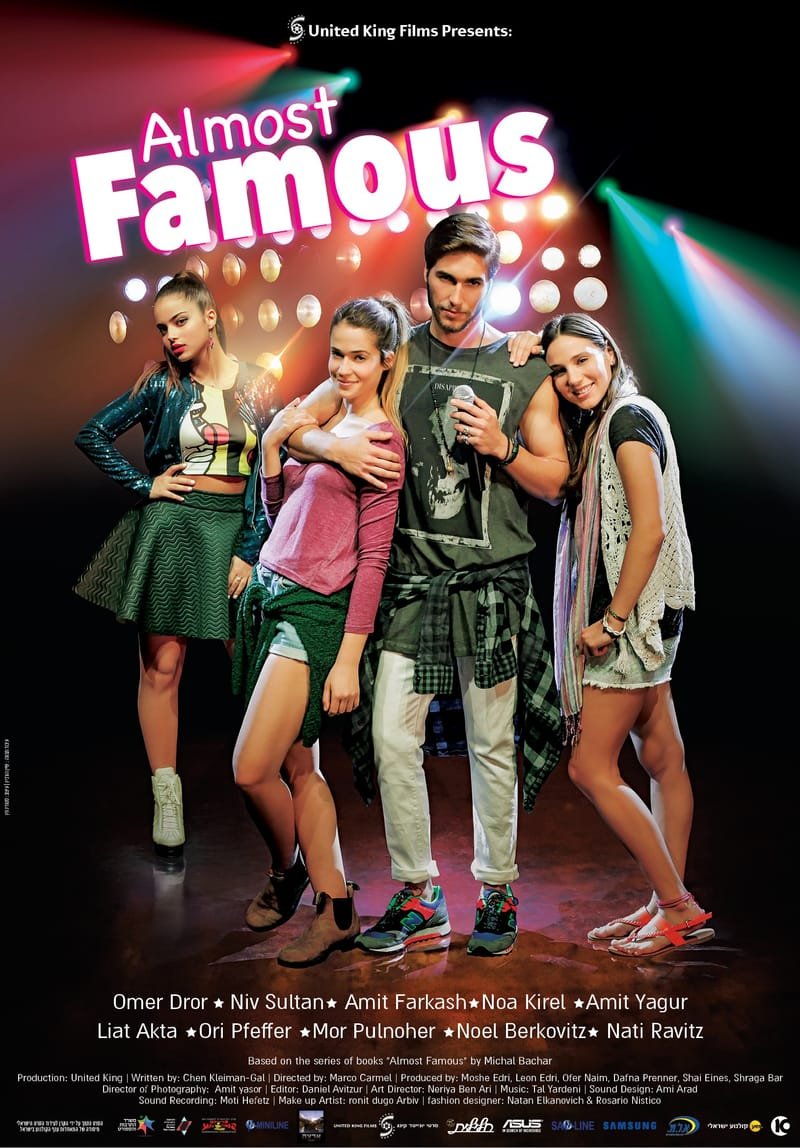 ALMOST FAMOUS is a contemporary and relevant teen drama which faithfully describes the world of teenagers today, their language, relationship and the deep impact of social networks like Facebook and reality TV shows on their lives. The film sensitively unfolds the world of a gifted teenager for whom excelling is natural, but is willing to jeopardize it all in order to be popular and socially acceptable by her peers.

Shiri is a young female teenager who has one best friend, excellent grades and butterflies in her stomach whenever she sees the handsome Omeri. She doesn’t think that wisdom is a personality trait that could attract a guy to her life and will help her become popular. In contrast, her big brother Tomer hardly gets 80 on his tests, but looks like a model, has many friends and a significant musical talent thanks to which he has just been accepted to a famous singing reality TV show.

Is Shir’s life about to change now that everyone knows her as the sister of the mega famous Tomer? How far is she willing to go to become popular and join the fashionable but vicious in-crowd? What will she discover about real friendship and first love?

This is the story about the price of becoming blinded by the limelight and its consequent identity crisis – about who we are, who we wish to become and the courage to choose to be who we really are.

The film deals with moving family issues, love and competition in the background of a musical reality TV show while cynically depicting the reality world and its consequences.  It describes with sensitivity and sharpness what’s important for teens and what affects them in a society where the will to be famous is sometimes stronger then the will to fill the word with real and meaningful content.