Mrs. Menora Hazani is one of the few female artists and filmmakers residing in Judea and Samaria. She is religious woman with six blessed kids, who determinately creates documentaries against all odds. Her films portray the human spirit motivating people to change and create a new reality. She unfolds the stories of the Jewish settlers, who are known all over the world through discerning news reports, but their own unique point of view is rarely heard or understood. Hence, she often spotlights people in the cultural and geographical periphery and offers them a rare chance to finally be seen and heard.


THE DRIVING SPIRIT, 2018, 91 minutes, documentary. Director, screenwriter & producer. A documentary feature unveiling the fascinating story of the renewed Jewish settlement in Judea and Samaria.
This is Menora’s first feature-length documentary.

THE SKIES ARE CLOSER IN HOMESH, 2004, 53 minutes, documentary. Director & DOP. Unveiling the first year of a young religious couple in the beautiful but secluded settlement of Homesh, in the North of the Shomron in the background of the Second Palestinian uprising.  Received the grant in the “The Setters Film” Track from the New Fund for Cinema & Television, Israel.  Broadcasted on Channel 2, Israel. Screened in the prestigious DocAviv Documentary Film Festival, Washington International Film Festival, and in cinematheques and dozens of screenings throughout Israel. 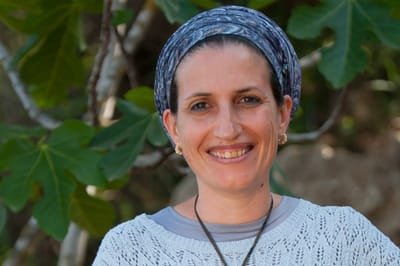