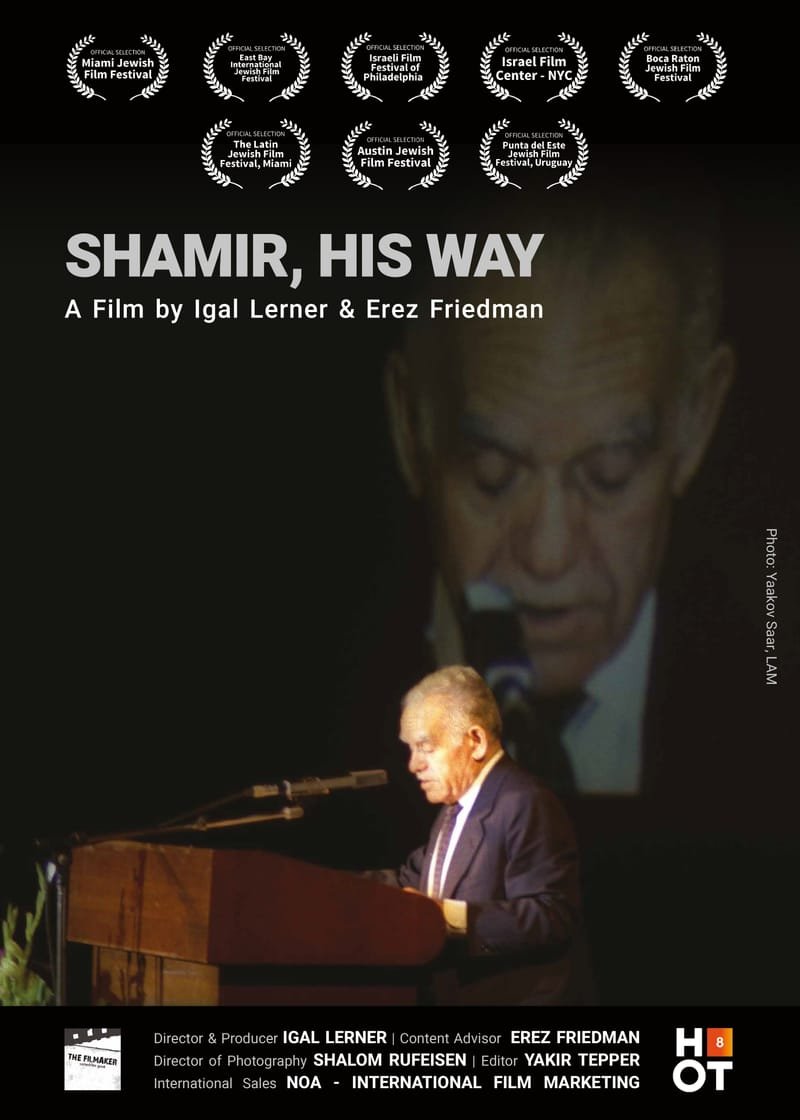 The film reveals for the first time the extraordinary life of Yitzhak Shamir, former Prime Minister of Israel, and a ground-breaking leader who has impacted the Middle East for decades.

The documentary has won the Prime Minister Award for commemorating the legacy of Yitzhak Shamir, one of the most consequential, enigmatic, and least publicized of Israel’s Prime Ministers.

The award was given during a ceremony with the presence of The Prime Minister of Israel Naftali Bennett and The President of Israel  Isaac Herzog.

The filmmakers Igal Lerner and Erez Fridman have also created a 90 minutes documentary about Shamir named "Shamir: War, Peach & A Dream" timed to coincide with the 30-year anniversary of the US led Gulf War known as Operation Desert Shield, which included the coalition of 35 nations and spear-headed by the George H.W. Bush Administration. Prime Minister Shamir famously refused to strike back at Saddam Hussein’s Iraq as it fired SCUD missiles in an attempt to goad Israel into war, thereby threatening the coalition so painstakingly built by the Americans.

The film also focuses on the unprecedented international 1991 Madrid Peace Conference the Bush Administration promoted as a follow up to the successful Gulf War to get Arab countries and Israel to talk face-to-face under international auspices.

1991 - a pivotal year that started with Iraqi missiles launched on Israel and has ended with the consequential Madrid Peace Conference. It was also the last year Yitzhak Shamir served as the Prime Minister of Israel. The film intertwines exclusive and behind-the-scenes' insights illustrating the unique path between the terror of war and the hopes of peace. It dramatically unfolds Shamir's unprecedented and controversial decisions such as not retaliating to Iraq's missile attack in addition to withstanding international pressure from world leaders such as President George H. W. Bush and President Mikhail Gorbachev.

The film reveals significant milestones in Shamir's life as head of the LEHI, "Fighters for the Freedom of Israel" – a militant organization that has fought the British Mandate in order to establish a Jewish state in Israel. Shamir was also the head of an elite and secret unite in the MOSSAD – Israel Secret Intelligence Service before entering politics.

Shamir's enigmatic and unique story is revealed via interviews with key figures such as former Prime Ministers Ehud Barak and Ehud Olmert, and former heads of Israel's Secret Agencies such as Ya'akov Peri and Shabtai Shavit, in addition to interviews with Shamir's confidants, collogues and family. Shamir is portrayed as a sophisticated, loyal and revered leader with many accomplishments but also many secrets which he has zealously guarded – some of which are revealed in the film for the first time. For example, the film depicts the clandestine meeting with King Hussain, which prevented war with Jordan, and the intelligence war room which operated during the historic Madrid Peace Conference.

SHAMIR, HIS WAY provides a rare glimpse to understand Shamir's tenacity, beliefs and actions which have shaped the lives of many and have influenced Israel and the whole Middle East.

Varied key figures have attended the film's Israeli premiere, such as the President of Israel, Reuven Rivlin, prior to its broadcast on Channel 8, one of Israel's leading documentary channels.

Interview in the Boker Tov Show 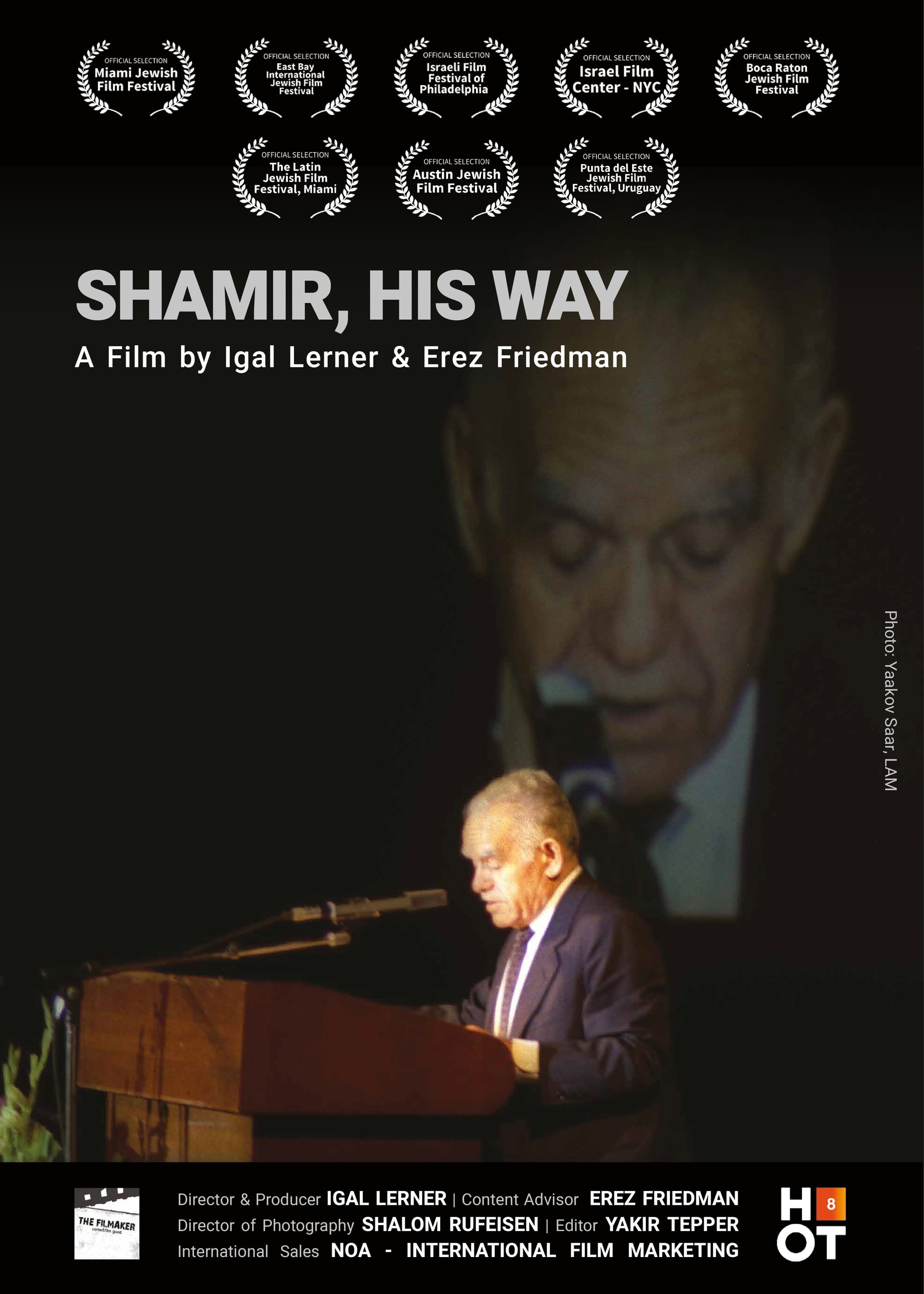 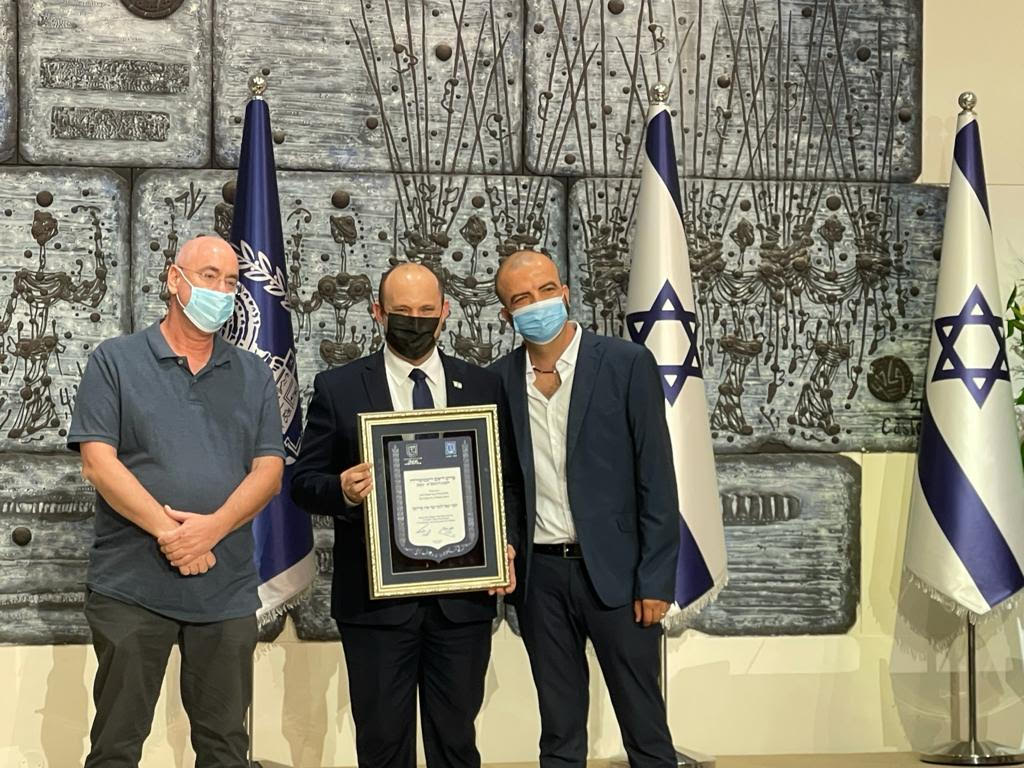 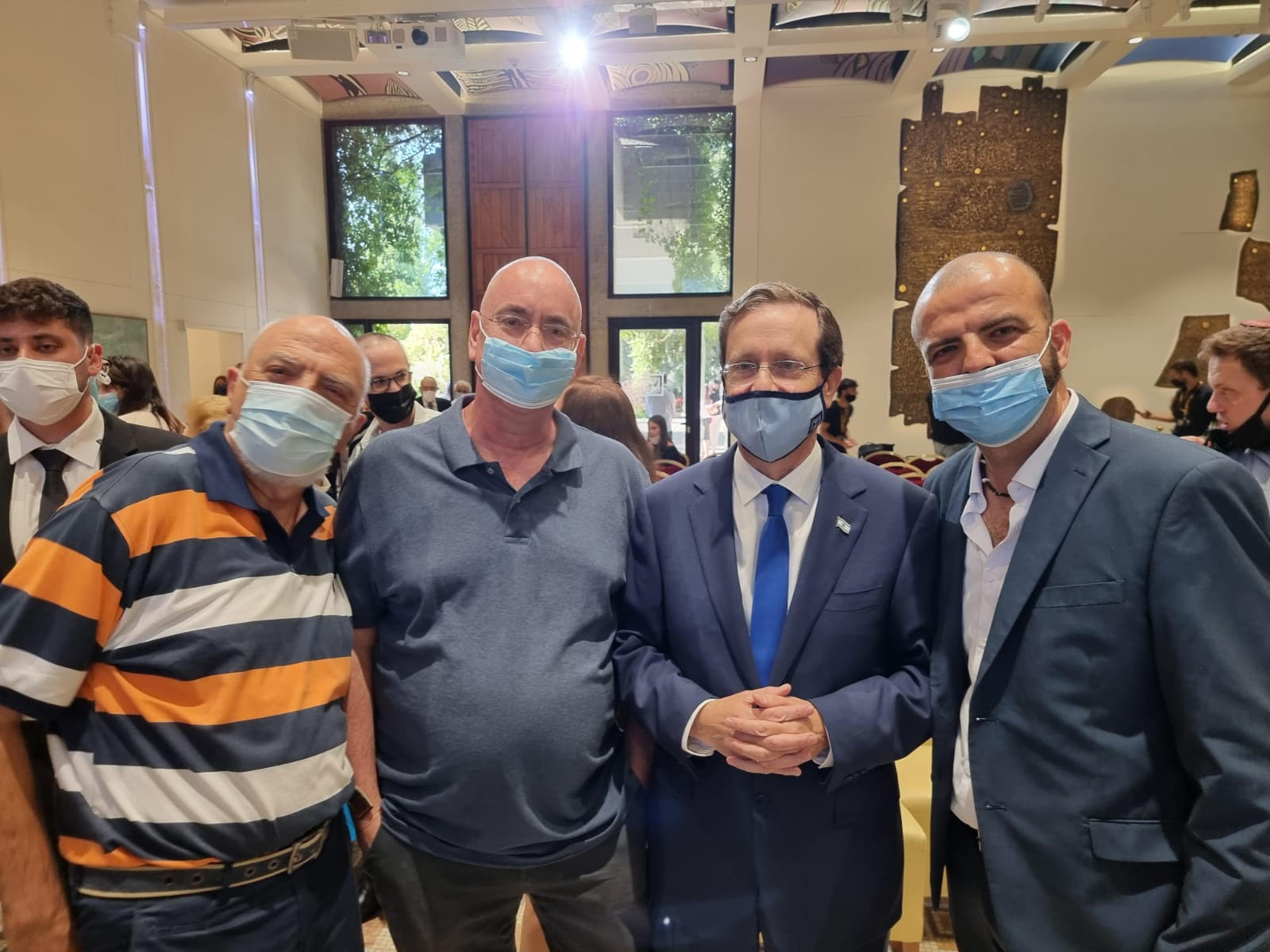 Together with the President of israel Isaac Herzog 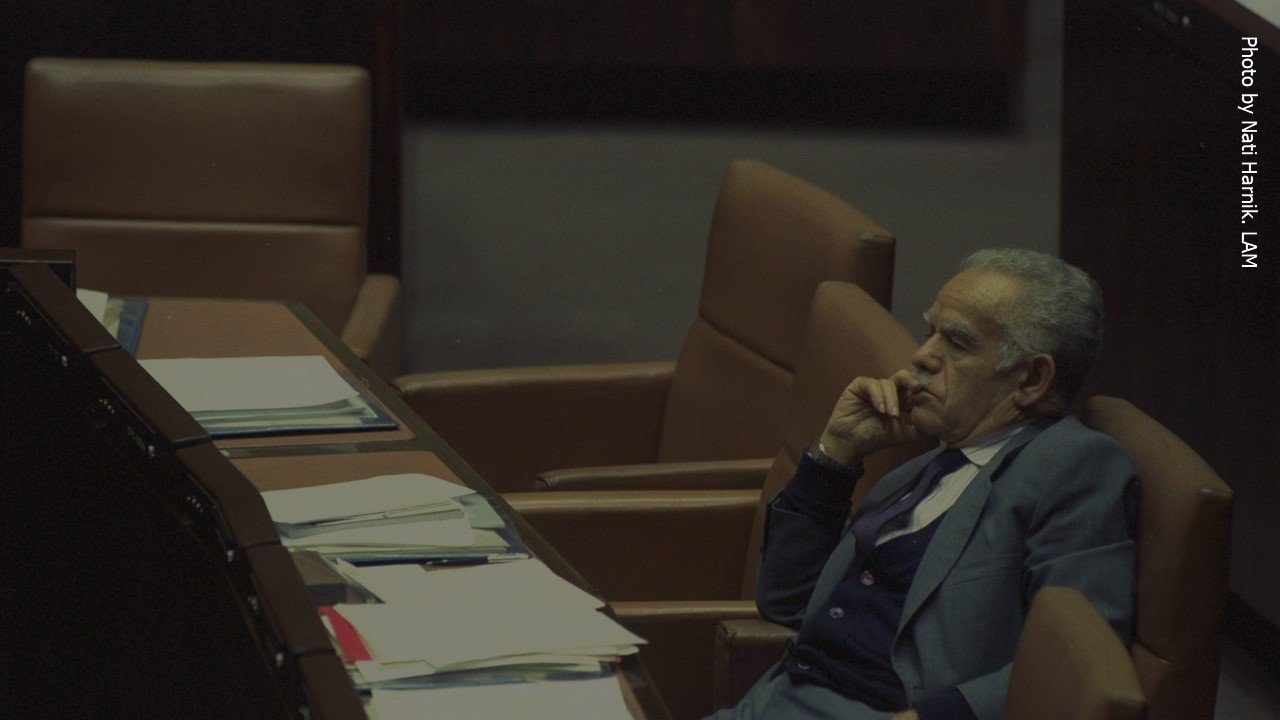 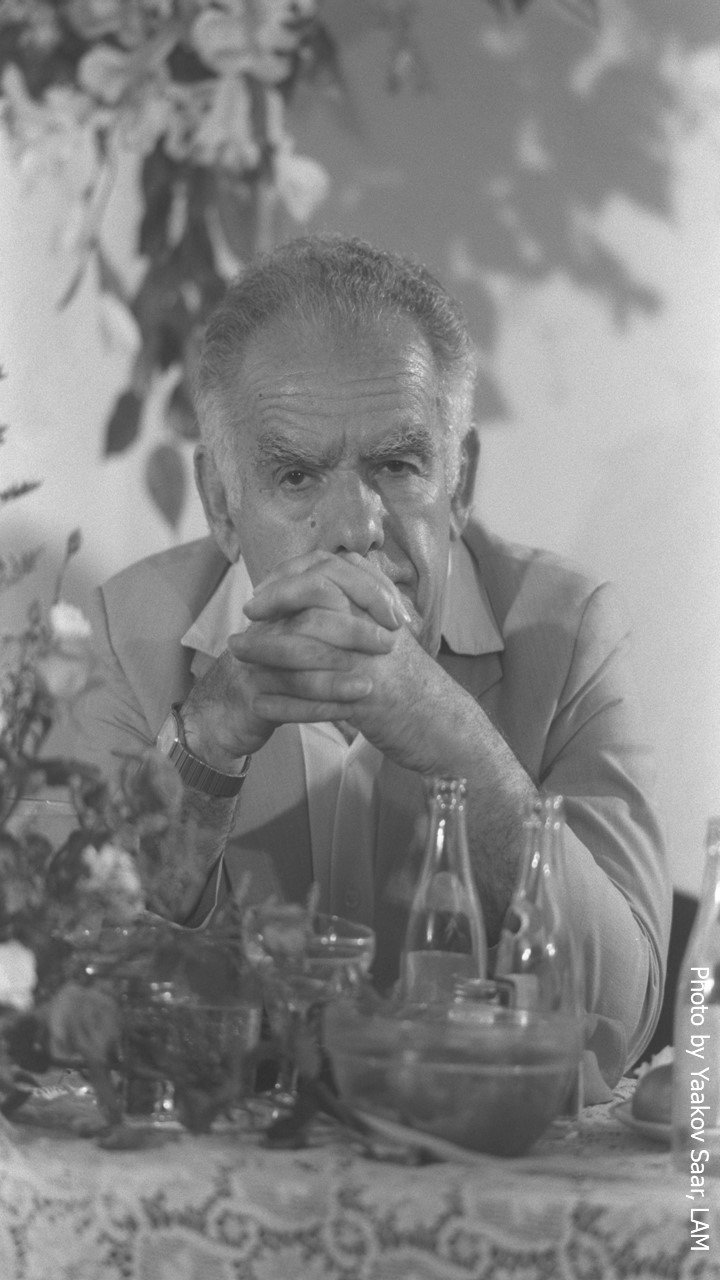 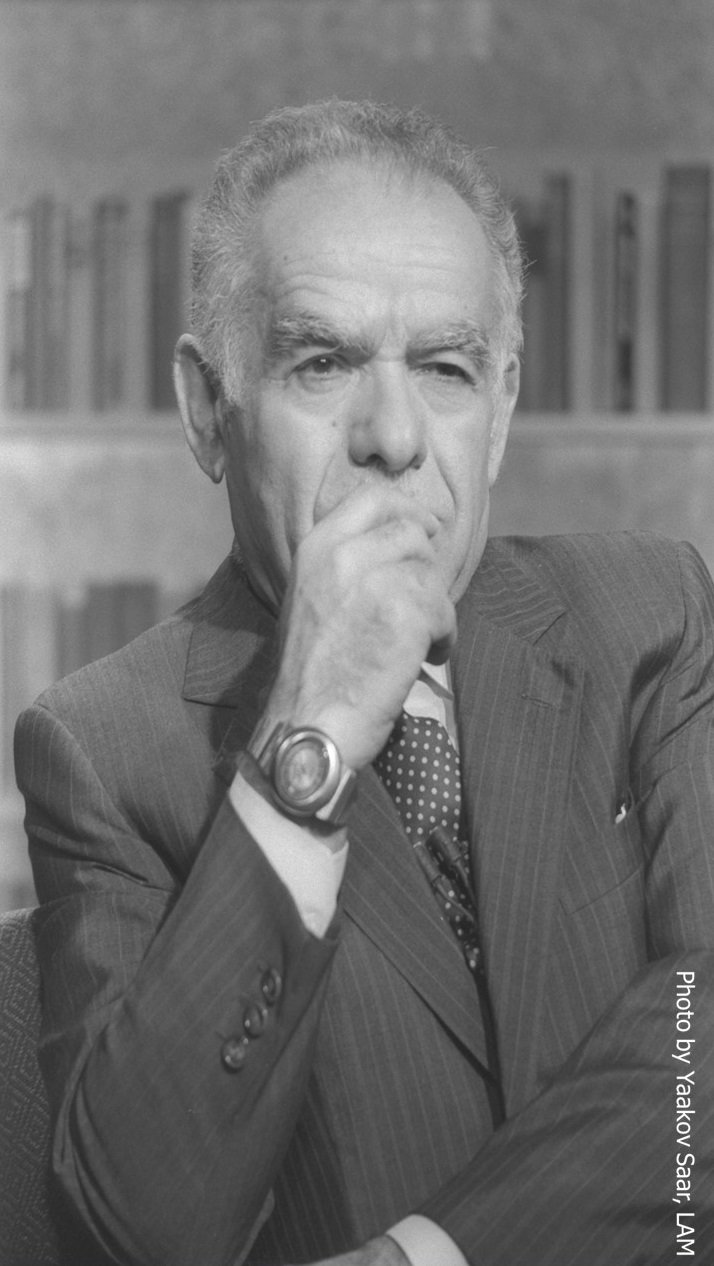